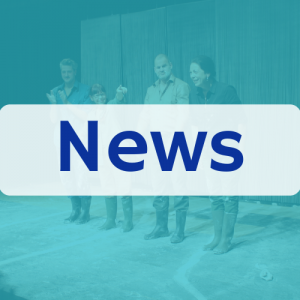 Eero Enqvist’s play “Kukunor” and (original Finnish title “Kukunor ja Unikuu” or “Kukunor and Unikuu”, freely translated as “Guardians of Dreams”) takes place between two mutually belligerent land in the border region. The central themes are dealing with physical, mental, real and imaginary boundaries – is it possible to cross the border, is it possible to connect with another human being despite the border? In the Kukunor man and woman have been guardians of the different sides of the border for six years, and they have learned to communicate with each other, despite having different languages, different cultures, different sexes. The human mind tries to survive in traumatic reality of war by creating a world of dreams and in this Kukunor it is realized through Lauri Viita’s poems.

In the presentation spoken language and sign language are used on an equal footing – the same role is portrayed by a hearing actor as well as by a sign language actor. Each of us may recognize a situation when you had to choose or decide something and you were talking or arguing with yourself… A human being has many facets – in the Kukunor these facets are displayed via the two actors. Therefore, here shadow interpretation is taken to the next level: sign language is used in this play as an essential, independent and artistic means of expression. The accessibility of arts increases, and separate interpretation is not required in any way.

Kukunor ja unikuu illustrates how cultures look for and challenge each other, while also exploring the use of power as well as cultural differences and similarities, both on a general level and from the individual perspective.